Di you read: Moses Farrow, A Son Speak Out ? 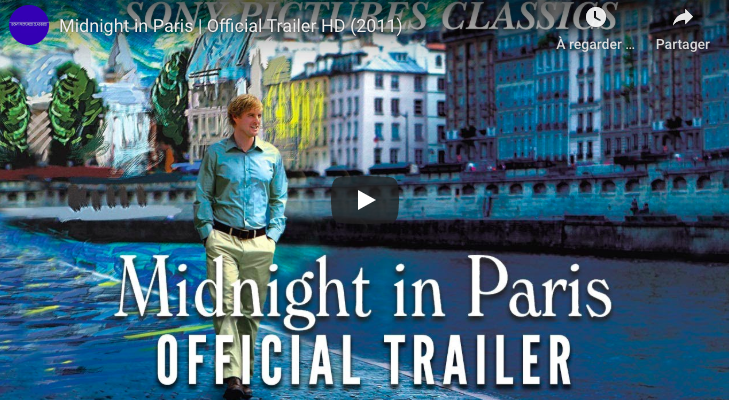 Midnight in Paris is a 2011 fantasy comedy film written and directed by Woody Allen. Set in Paris, the film follows Gil Pender, a screenwriter, who is forced to confront the shortcomings of his relationship with his materialistic fiancée and their divergent goals, which become increasingly exaggerated as he travels back in time each night at midnight. The movie explores themes of nostalgia and modernism.

Midnight in Paris received critical acclaim. On Rotten Tomatoes the film has an approval rating of 93%, based on 208 reviews, with an average rating of 7.8/10. The site’s critical consensus reads, It may not boast the depth of his classic films, but the sweetly sentimental Midnight in Paris is funny and charming enough to satisfy Woody Allen fans.

Previous: You Will Meet a Tall Dark Stranger – Next: To Rome With Love