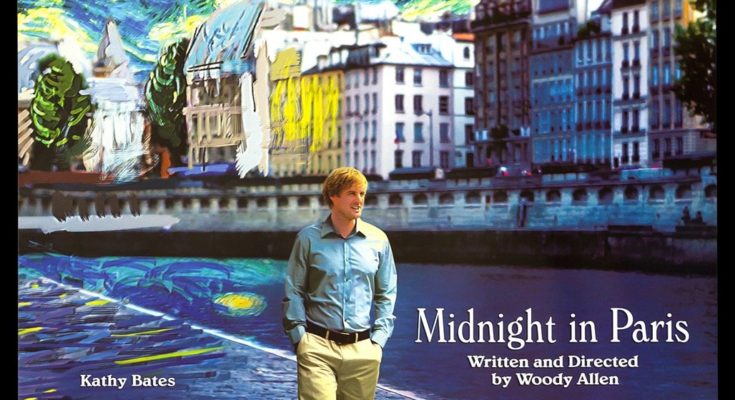 Midnight in Paris is a 2011 fantasy comedy film written and directed by Woody Allen. Set in Paris, the film follows Gil Pender, a screenwriter, who is forced to confront the shortcomings of his relationship with his materialistic fiancée and their divergent goals, which become increasingly exaggerated as he travels back in time each night at midnight. The movie explores themes of nostalgia and modernism.

“I loved this movie! It blends film noir with Stardust Memories, The Purple Rose of Cairo, and a bit of Annie Hall. The scenes of Paris were enough to make one fall in love. The music was superb! Having all the artists and writers show up was the ultimate name dropping contest! Their caricatures were hysterical! Casting Adrien Brody as Salvatore Dali was mind blowing, along with the surreal discussion about a rhino.”

Gertrude Stein: “We all fear death and question our place in the universe. The artist’s job is not to succumb to despair, but to find an antidote for the emptiness of existence.”

Previous: You Will Meet a Tall Dark Stranger – Next: To Rome With Love