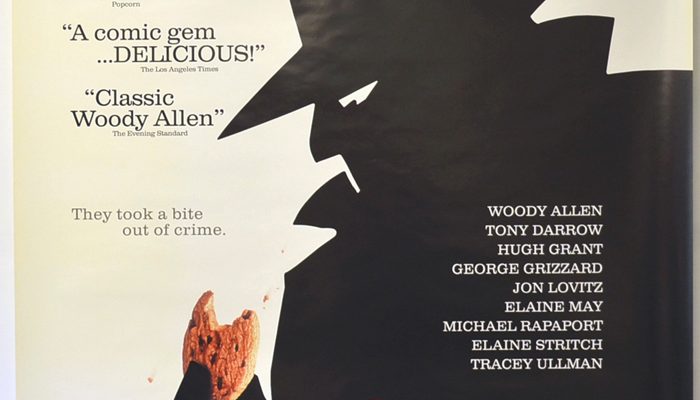 Small Time Crooks is a 2000 American crime-comedy film. Written and directed by Woody Allen, the film’s plot has some similarities to that of the 1942 comedy Larceny, Inc.

With Plenty of Money

Stompin’ at the Savoy

“I doubt if many people share this sentiment, but this is my favorite Woody Allen movie simply because it does what Allen usually sets out to do: makes me laugh. I’m not a big fan of Allen’s films but he and Tracey Ullman make a great pair in this 95-minute farce.”

On Rotten Tomatoes, the film holds an approval rating of 66% based on 123 reviews and an audience score of 57% based on 15669 ratings.

Ray: “What would you say if I told you that you were married to a very brilliant man?”
Frenchy: “I’d say I’d have to be a bigamist.”

Previous:  Sweet and Lowdown – Next: The Curse of the Jade Scorpion