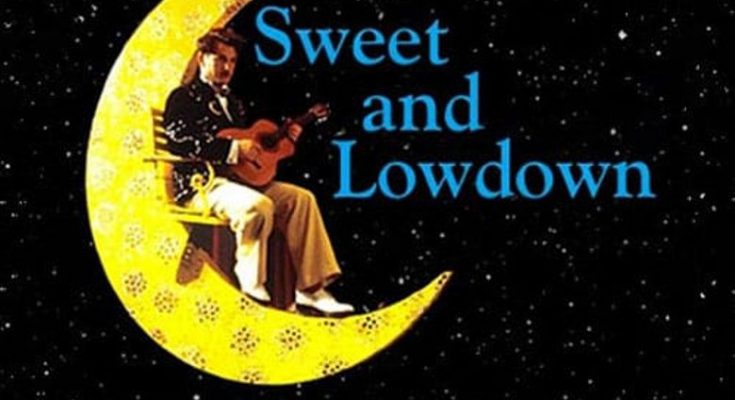 Sweet and Lowdown is a 1999 American comedy-drama mockumentary film written and directed by Woody Allen. Loosely based on Federico Fellini’s film La Strada, the film tells the fictional story, set in the 1930s, of a self-confident jazz guitarist Emmet Ray  who falls in love with a mute woman.

I’ll See You In My Dreams

“A slow, rich movie. Though it lags in places, the three lead performances are indelibly written in my memory. And the great jazz soundtrack and warm colors made this movie go down like a glass of bourbon.”

Blanche: What do you think of when you play? What goes through your mind?

Emmet Ray: Yeah, that I’m underpaid. I think about that sometimes.

10 Things About Sweet and Lowdown