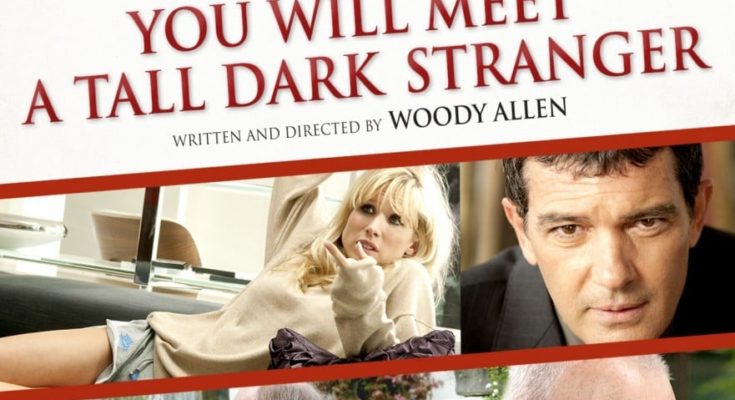 You Will Meet a Tall Dark Stranger is a 2010 English-language Spanish–American co-production comedy-drama film written and directed by Woody Allen. It premiered on 15 May 2010 at the Cannes Film Festival in an out-of-competition slot.

See You Will Meet a Tall Dark Stranger full cast.

When My Baby Smiles At Me

You Will Meet A Tall Dark Stranger soundtracks.

You Will Meet a Tall Dark Stranger : Critical response

Rotten Tomatoes Tomatometer gives the film a score of 46% based on reviews from 136 critics, and an Audience Score of 33% for 18.888 rating.

“That cheap tart is what he left my mother for? Actress, my foot! The only acting she’s ever done is faking an orgasm.”

Unfortunately, Freida Pinto is not only a third class actress like Mira Sorvino, she’s also a despicable MeToo groupie and a mob trial apologist:

“Would she work again with Allen, who has been accused by his daughter Dylan of sexual assault (an allegation he denies)? No. Absolutely not. I wouldn’t work with him because I’m in solidarity with women who have come out with their stories, whether they are proven or not. I’m just going to stick to what my gut instinct tells me.” – The Guardian (why does The Guardian wrote “an allegation he denies” instead of writing “Woody Allen was investigated for months by two teams of experts on sexual abuse and cleared two times and Moses Farrow who was present on August 4, 1992, has spoken out to claim his father is innocent ?)

Antonio Banderas, like Javier Bardem, Scarlett Johansson, Alec Baldwin, and so many great actors, supports Woody Allen and due process:

“I think it is unjust [to blame Woody Allen] because we don’t have enough data for arriving to a conclusion. It goes against my principles to say: ‘This person is guilty’ a priori.’”  – Telemetro.com

Previous: Whatever Works – Next: Midnight in Paris