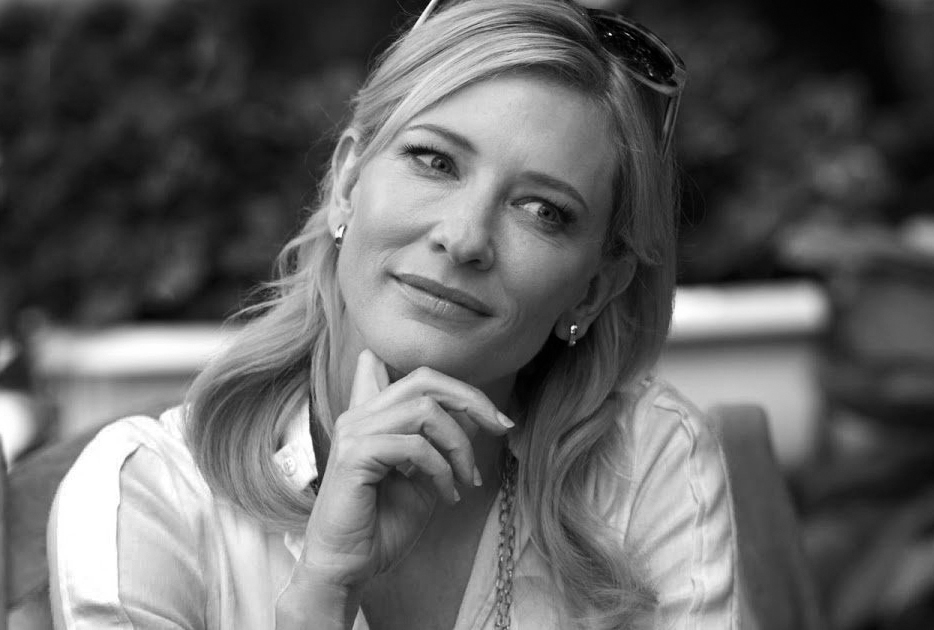 Dylan Farrow has accused her adoptive father Woody Allen to have sexually abused her in an attic when she was 7 years old. The statute of limitations to bring Woody Allen to civil court hasn’t expired.

A new lie from Dylan Farrow

During an interview, CNN’s Christiane Amanpour questioned Cate Blanchett, saying: “How do you juxtapose being a #MeToo proponent, a Time’s Up proponent, and staying silent or having worked with Woody Allen?” Cate Blanchett’s answer was smart and measured:

“…if these allegations need to be re-examined which, in my understanding, they’ve been through court, then I’m a big believer in the justice system and setting legal precedents. If the case needs to be reopened, I am absolutely, wholeheartedly in support of that. Because I think that there’s one thing about—social media is fantastic about raising awareness about issues, but it’s not the judge and jury.”

Of course, this answer didn’t please to Dylan Farrow, who continues her efforts to shame actors who have worked with Woody Allen. But while she’s normally quick to thank those who say they won’t work again with her father, this time Dylan, perhaps embarrassed, hesitated before commenting on Blanchett’s statement. She waited a full week before tweeting:

Perhaps Ms. Blanchett is unaware of the statute of limitations that prevents my case (and so many others) from being reopened, but if she is looking for a legal perspective, there is plenty of that publicly available in both Justice Wilk’s and the NY Appellate Court’s judgments. https://t.co/ut1eD4q31V

It wasn’t long before educated people reminded Dylan that the statute of limitations DOESN’T prevent her to take Woody Allen in civil court. One smart voice was Samantha Geimer who was raped by Roman Polanski when she was 13 years old and who has previously denounced how she felt used by Mia Farrow pursuing her own vendetta against Woody Allen:

The statute of limitations is 30 years. You could still take him to civil court. You cannot refuse to use the legal system in the decades you had as an adult and then shame those who respect the rule of law and innocent until proven guilty. She owes you nothing.

I object to those using the #MeToo only for their narrow interests when it is for all of us, about all of use, to support all our choices. We all should be reaching down pulling others up, not reaching up to pull people down.

There was also an interesting answer from Robert Weide who has written many articles about Woody Allen innocence:

Good news, @RealDylanFarrow. Even though your Mom’s accusation didn’t hold enough water for charges to be filed against Woody 25 years ago, the statute of limitations in CT civil court won’t expire until you’re 48. Big money awaits! GO GET HIM! https://t.co/IExfC75zpE pic.twitter.com/2UP8tKV85X

A tweet by Justin Levine – who has completely destroyed Maureen Orth’s (called by Dylan an “independent, highly respected journalist) lies for Vanity Fair, 10 Undeniable Facts – was reminding that it is easier to win in a civil court:

As others have mentioned here, the statute of limitations on a CIVIL case doesn’t expire until you are 48, AND there is an EASIER standard of proof required in a civil suit. Good news! So what are you waiting for?

There is not statute of limitations for 1st Degree Sexual Assault

Some others people reminded Dylan Farrow that if she had not changed her story regarding allegations of sexual abuse, criminal prosecution could even still be an option:


Perhaps criminal liability wouldn’t have been foreclosed had you not changed your story regarding sexual penetration, since 1st Degree Sexual Assault, under CGS Sec.53a-70, can be prosecuted “at any time”. Perhaps…

Perhaps you should consult with an attorney first to discuss your existing legal options before tweeting (incorrectly) that you don’t have any. Perhaps

A former Connecticut prosecutor says the act of taking a minor to a secluded area for a sexual assault constitutes Class A felony kidnapping – a charge famed actor-director Woody Allen could still potentially face.

“The act of taking the minor victim to the attic for the purpose of committing a sexual assault would be a kidnapping in the first degree for which there is no statute of limitations.”

It is interesting and strange that Dylan Farrow links the terrible story of Donna Palomba, who got her rapist prosecuted for kidnapping since the lastest is a crime without Statute of Limitations in Connecticut. Exactly the same thing Dylan could do if she wanted to.

On Feb. 19, 2021, Deadline made a Q & A with Kirby Dick and Ami Ziering for their last docuserie, Allen V. Farrow. The film is an one sided hit job work:

“These documentarians had no interest in the truth. Instead, they spent years surreptitiously collaborating with the Farrows and their enablers to put together a hatchet job riddled with falsehoods.” – Woody Allen, Soon-Yi Previn

One of the question asked by Deadline was:

DEADLINE: Can Dylan pursue anything legally against Woody?

ZIERING: I don’t know. You should research that.

Amy Ziering worked three years on “Allen v. Farrow” and she pretends she doesn’t know if Dylan can still takes Woody Allen to tribunal! And to try to hide she’s lying, she asks to Deadline to “research that” !!!

As an adult, Dylan Farrow has changed her version many times concerning the way Woody Allen touched her.

First Degree AGGRAVATED Sexual assault has NO TIME LIMIT and the victim can bring charges even 40 years later in both Connecticut and NY state where the investigation was run.

In a quiet voice, Ms. Farrow testified, “She said he took her into the attic and that he touched her in certain places, that he inserted a finger partially.”

He touched her “private part.” The word “touched” seems inappropriate as just after we can read: Dylan said she told him, “It hurts. I’m just a little kid.” which implies a penetration of the finger.

“…and said she just remembered that Dylan had told her that Mr. Allen had put a finger in her vagina.”

On October 23, 2013, Vanity Fair published a new article by Maureen Orth, “Mamma Mia”. This article reminds that in 1992 “…Dylan told her mother that Allen had stuck his finger up her vagina and kissed her all over in the attic…”. But later, we can read “He TOUCHED her “private part.”

In her letter Dylan Farrow mentions “sexually assaulted me”, but not penetration.

In 2018,  January 15, Dylan Farrow gives her first interview on TV to Gayle King for “CBS This Morning“.

DYLAN FARROW: And he sat behind me in the doorway, and as I played with the toy train, I was sexually assaulted… As a 7-year-old I would say, I would have said he touched my private parts.

DYLAN FARROW: Which I did say.

DYLAN FARROW: As a 32-year-old, he touched my labia and my vulva with his finger.

Dylan believers know nothing about the statute of limitations

As usual, people staying on Dylan Farrow’s side have very strong arguments:

Court or no court: the most important is #ibelieveher

I believe you Dylan.

Cate dear, I love your acting! But please educate yourself before speaking out on such a sensitive & critical topic.

How is it possible that Dylan doesn’t know that the statute of limitations doesn’t prevent her from taking Woody Allen to civil court? Isn’t it legitimate for people to think that she knows this, but that she’s lying, as she has many times before?

Dylan Farrow is not interested in due process, only mob trial-by-media: she exists publicly solely through her accusations against Woody Allen. She owes her new book publishing deal (and huge advance) to the father she continuously denigrates to establish her name.

One Comment on “Statute of limitations: Dylan Farrow is misleading all survivors”