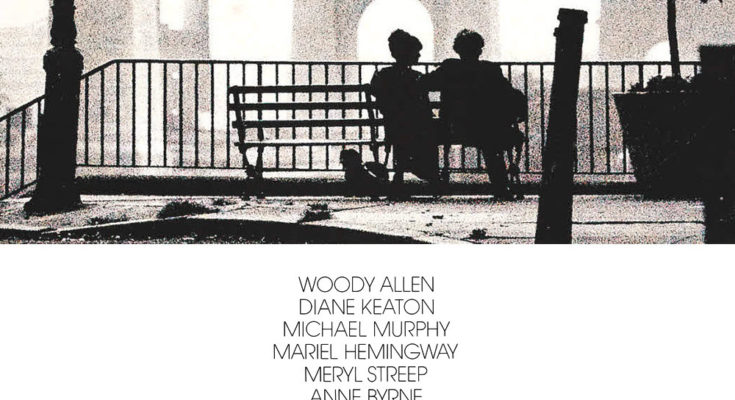 He Loves and She Loves

Love is Sweeping the Country

About Manhattan music by Georges Gershwin

On Rotten Tomatoes the film holds an approval rating of 96% for 67 reviews. The audience score is rated 92% for 51819 notes.

Isaac Davis: Chapter One: He adored New York City. To him it was a metaphor for the decay of contemporary culture. The same lack of individual integrity that caused so many people to take the easy way out was rapidly turning the town of his dreams in – no, it’s gonna be too preachy, I mean, you know, let’s face it, I wanna sell some books here.

Isaac Davis: “My analyst warned me, but you were so beautiful I got another analyst.”

Isaac Davis: “I had a mad impulse to throw you down on the lunar surface and commit interstellar perversion.”

Ike used the age difference with Tracy to avoid the complexities of another adult relationship. By the end of Manhattan, she’s stepping into adulthood without him. That’s what the film is about. – You’re Watching Manhattan Wrong – Michael Maiello

Many people, usually the nobody mob trial apologists and despicable MeTooWitchHunt groupies, are not ashamed to say that a 42 years old character dating a 17 years old teenager is the evidence that Woody Allen is a pedophile who sexually abused his 7 years old prepubescent adoptive daughter, Dylan Farrow.

Related content. Confusing a prepubescent child and a teenager may suggest pedophilia.

“In real life, Woody and I didn’t have a romantic relationship, but he did make me feel incredibly intelligent,” she said to W. “He took me to museums and concerts. He gave me his wisdom, and you can see that in the character.” – Mariel Hemingway

A He Said/She Said situation between a grown man and a 7-yr-old. And he’s handing the benefit of the doubt to the grown man who married his partner’s adopted daughter, a girl he met when she was 8. And he made Manhattan. Pretty damning portrait of the man he chooses to believe. pic.twitter.com/K0zkMj5rRJ

For years I was not principled about W*ody Allen; I liked his movies & Soon-Yi was before my time, maybe it was ok?? Then Dylan Farrow retold her truth & I realised I knew all along who he was,esp when I’d felt confused &disgusted at the plotline w/Mariel Hemingway in “Manhattan”

Mariel Hemmingway was a 17 year old actor on MANHATTAN when 44 yr old Woody Allen groped her without prior consent under cover of making a movie. I believe Dylan Farrow 😀

…he molested his daughter, Dylan Farrow; made sexual advances on Mariel Hemmingway during filming of Manhattan. Woody Allen’s a narcissistic weirdo, always sexual themes in his movies all about him…creepy.https://t.co/R0WaGbvEmG

So Manhattan is a movie about #WoodyAllen wanting to fuck a 17 year old…played by a 16 year old…who he makes out with, lusts over, and this film is held in high regard…and you want to call #DylanFarrow a liar. I think I fell asleep on Woody Allen day in film class…wow.

Hemingway said that Allen wanted to take her to Paris, but she said non, merci and that was that.

“I had an amazing time making that film,” said Hemingway. “Woody Allen was wonderful to me. Did he like me? Yeah, he liked me. I didn’t have a relationship with him though. He respected that I didn’t want to have that.” – Mediaite (the article is lying about Mariel Hemingway’s age, she was 17, not 16)

RELATED CONTENT. Mia Farrow representatives asked to Stacey Nelkin to say she was 15 years old when she was dating Woody Allen.