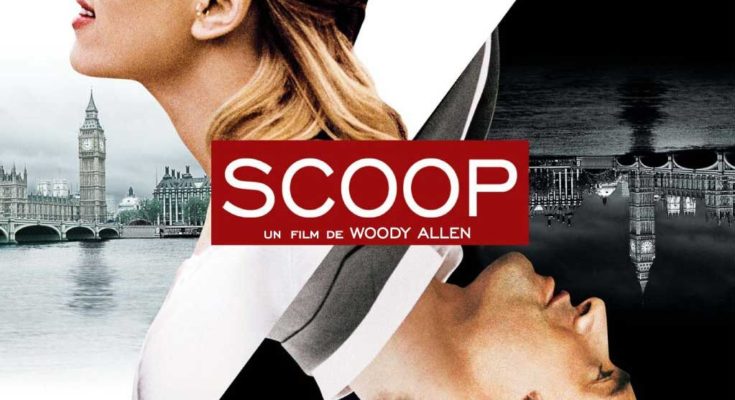 Scoop is a 2006 romantic crime comedy film written and directed by Woody Allen and starring Allen himself. Except “Crisis in Six Scenes”, a TV series, it’s Woody Allen penultimate appearance in one of his own films before To Rome With Love. The film was released in the United States by Focus Features on July 28, 2006.

“Reading a wide variety of Scoop reviews over the past few days, I walked into the theater prepared for a subpar outing from Woody. Happily, I couldn’t have been more wrong. Granted, Woody the performer is slowing down a touch or two, but Woody the writer/director is in fine form – and found a credible way to integrate his 70-year old self into the story.”

Sid Waterman: “I was in the lounge, I heard you drowning, I finished my tea and scones and came immediately!”