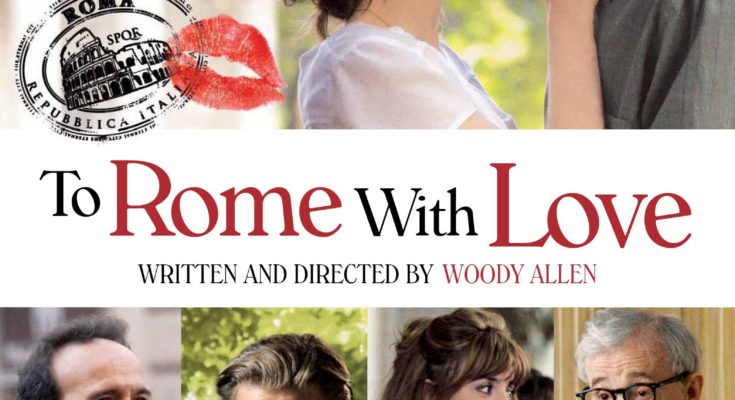 To Rome with Love is a 2012 magical realist romantic comedy film written, directed by and starring Woody Allen in his first acting appearance since 2006. The film is set in Rome, Italy and features an ensemble cast, including Allen himself. The story is told in four separate vignettes: a clerk who wakes up to find himself a celebrity, an architect who takes a trip back to the street he lived on as a student, a young couple on their honeymoon, and an Italian funeral director whose uncanny singing ability enraptures his soon to be in-law, an American opera director.

To Rome With Love: Critical response

“Did it deliver? Absolutely! To Rome With Love is an absolutely immersing, beautiful, hilarious experiences, and if you can ignore it’s few minor flaws, it’s completely awesome! “

Rotten Tomatoes gives the film a score of 46% based on reviews from 181 critics and an audience score of 40% based on 29756 ratings.

Jack: “It’s incredible that the Colosseum is still standing after thousands of years. You know, Sally and I have to re-tile the bathroom every six months.”

Amada Mia, Amore Mio is a 1977 song by Paolo Zavallone (Riccione, August 29, 1932), an Italian singer and composer, most known as El Pasador.

Nel blu, dipinto di blu, popularly known as Volare is a song recorded by Italian singer-songwriter Domenico Modugno. Written by Franco Migliacci and Domenico Modugno, it was released as a single on 1 February 1958.

To Rome With Love soundtracks.

To Rome With Love Actors and the Sexual Abuse Allegation

Both Ellen Page and Greta Gerwig are part of the few despicable actors who betrayed Woody Allen:

“I did a Woody Allen movie and it is the biggest regret of my career. I am ashamed I did this. I had yet to find my voice and was not who I am now and felt pressured, because ‘of course you have to say yes to this Woody Allen film.’ Ultimately, however, it is my choice what films I decide to do and I made the wrong choice. I made an awful mistake.” – ELLEN PAGE

“I can only speak for myself and what I’ve come to is this: if I had known then what I know now, I would not have acted in the film. I have not worked for him again, and I will not work for him again.” – GRETA GERWIG

Alec Baldwin (Alice, To Rome With Love, Blue Jasmine): “The renunciation of him and his work, no doubt, has some purpose. But it’s unfair and sad to me. I worked w WA 3 times and it was one of the privileges of my career.”